Create Little Rock: Getting Young People on Board

The Little Rock Regional Chamber of Commerce is capitalizing on the area’s growing profile as a tech hub and the city’s increasingly upscale, hip image to bring young professionals to the area. The Chamber is also working hard to encourage them to stay with its multifaceted Create Little Rock program. Jay Chesshir, President and CEO of the Little Rock Regional Chamber of Commerce, spoke with This Is Capitalism about the Chamber’s efforts to drive synergy between the community and young professionals.

It’s a surprising place. We’re in the middle of the country but we’ve been a melting pot for decades. There’s a lot going on in healthcare, financial services, tech—we’re one of the six top fin-tech accelerators in the world—and it’s a center for pilot training, drawing people from all our allied countries.

We’re developing a reputation as a “foodie” city, and we’ve once again been named one of “America’s Best Small Cities” by consultancy Resonance. More importantly from a business perspective, we’re No. 7 on “American’s Top Ten Small Cities for Prosperity” list—up from 8 last year and 10 the year before.

Little Rock is big enough to offer opportunity and be exciting, but it’s of a scale where you can get things done quickly. Business and government leaders are right here, and they’re accessible, because we’re a close-knit community.

How did Create Little Rock get started?

When I started at the Chamber in 2005, we had a young professionals group that was winding down. We brought in a consultant to help us look at how we could attract talent—especially young talent—to come here and get them invested enough to put down roots.

We took a breather and looked at what some other cities—Tulsa, Austin, Madison, Chicago–were doing. I knew it was important to create something that could offer more than just networking. We wanted to start programs that would give young professionals the chance to be part of the community.

How is Create Little Rock’s mission different from that of the Chamber?

Create Little Rock is an initiative that is strictly aimed at young people. CLR’s mission is to attract, grow, and retain this cohort with networking, educational programming, leadership opportunities, and civic engagement. This of course feeds into the Chamber’s goal of having a thriving, vibrant business community and a strong economy.

We do that with four programs: Land in the Rock, aimed at interns, PopUp in the Rock, which is a joint venture with design group studioMAIN to transform some aspect of the city physically, and Serve the Rock and Get on Board. These latter two programs allow young professionals to serve on the boards of community organizations and nonprofits.

This is the type of model that more cities are trying to emulate. It allows for people to get engaged in a program, in a project, a mentoring opportunity, or all of the above.
Jay Chesshir
President &amp; CEO

How do the board opportunities work?

Nick Brown, the CEO of Southwest Power Pool, which is a nonprofit and one of the area’s major employers, and I were talking. He said that if he has the chance to hire a young person who is engaged in a local nonprofit, he’ll hire that person because that gives them a type of experience they wouldn’t have professionally at that stage in their careers.

We realized that we should offer these kinds of opportunities for young professionals. So we asked local nonprofit and community boards to offer a 12-month “Create Little Rock” position, either officially or ex officio.

What is the value of these board positions to both the board member and the organizations?

It gives the more junior people not only a voice they wouldn’t otherwise have, but also a platform from which it can be heard. It gives the more senior people access to a voice they wouldn’t otherwise hear. So you have a combination of enthusiasm and expertise, and a framework and environment that allows things to happen. They’re doing real projects. They can learn from mistakes, take their successes and improve upon them, and sit in the room with community leaders.

We’re bridging generations, from the perspective that everyone has the opportunity to learn. This isn’t a pay-to-play model on either side. What is costs young people is their time. And that investment pays off in their ability to have real impact, make a difference, and get insight they wouldn’t otherwise get.

How do you scale Create Little Rock?

The scaling comes from broadening the programming and having flexibility not just in the model but in the mindset. We always have to be thinking about what’s next, what else could we could do. That kind of thinking has gotten us this far.

How do you measure success of Create Little Rock?

In just six years, our membership has grown from 485 to 2401 today. But you also see it in what has happened in downtown Little Rock. PopUp in the Rock has helped transform the neglected and mostly empty South Main Street area into a bustling commercial and growing residential area that’s now called SoMa.

We recently brought in five of the young board members to tell their stories about their time here. To hear them talk about they didn’t know much about Little Rock before they got here but now they’ve come to love the place and want to stay and continue to work to make it better. That gave me goose-bumps. They want to not just have a job here, but a career and a life. That’s what success looks like. 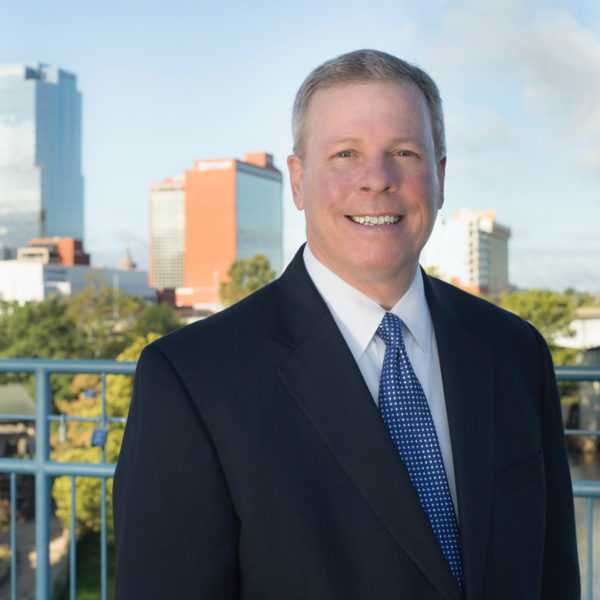 President & CEO, Little Rock Chamber of Commerce
Back to top