The idea of family defines our culture, because each of us knows that our reputation is on the line as if our own name was on the door.

A culture built on a handshake 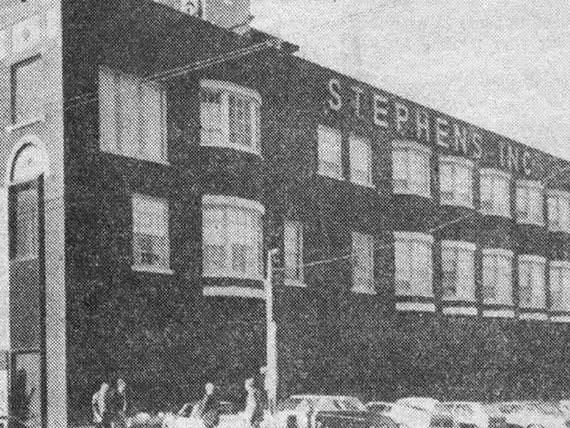 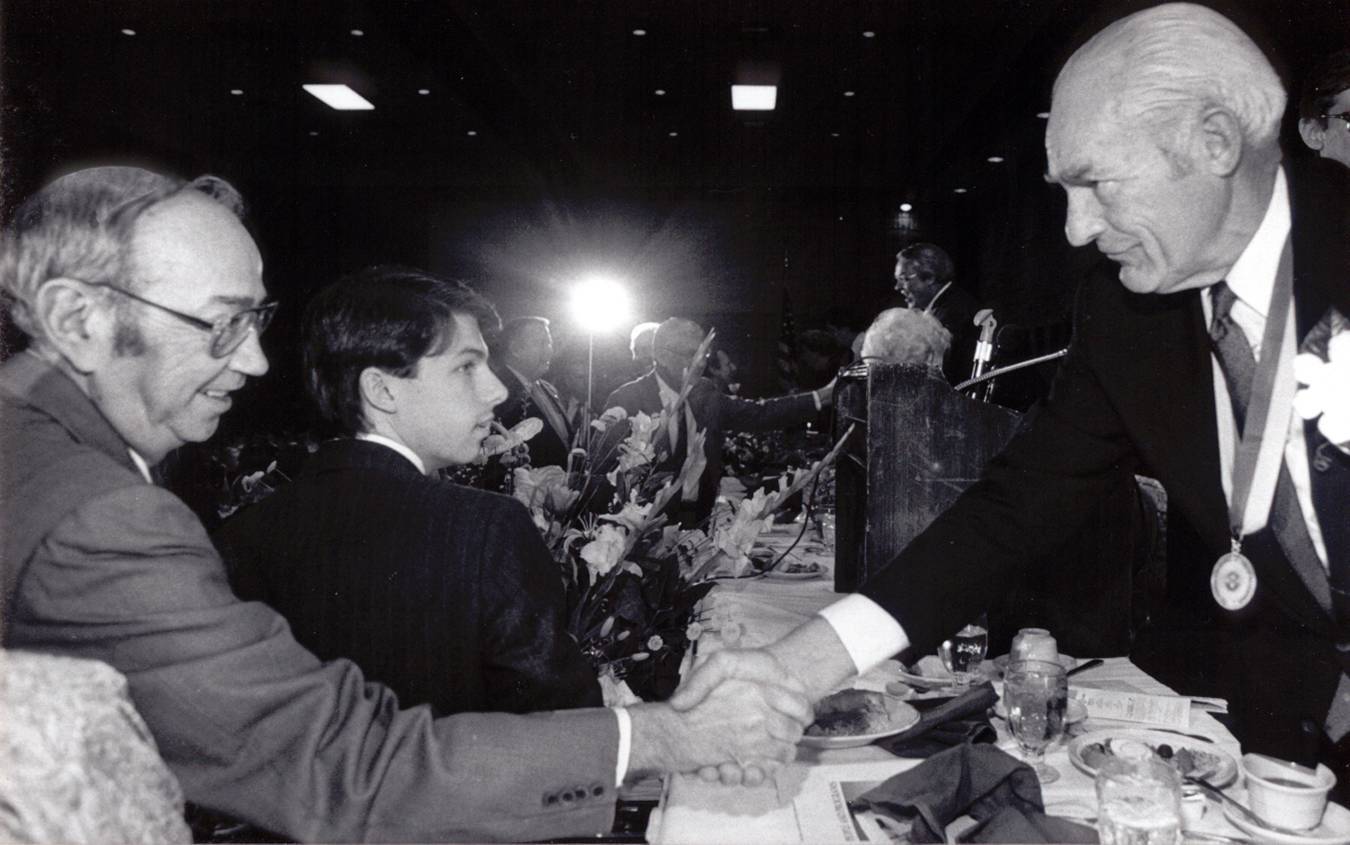 By honoring our traditions, we can be innovative and forward-looking without compromising the values that got us here.

A founder of Stephens Inc., Witt Stephens was a prime mover in the development of the natural gas industry and helped build the prosperity of Arkansas. Jack Stephens was known for having a long-term perspective. He once said, “I may not have a five-year plan, but I have a hundred-year plan.” When Warren Stephens became CEO of Stephens Inc. in 1986, the firm had 125 employees. Today Stephens employs more than 1200 people in three countries.

Stephens Inc. continues to flourish under the leadership of Warren A. Stephens, Chairman, President, and CEO for 35+ years and following in his footsteps are the third generation of Stephens: Miles Stephens, CEO of Stephens Insurance, LLC, John Stephens, VP, Investment Banker, and Laura Stephens, VP, Marketing and Communications.

During the Great Depression, when confidence in the U.S. financial system was gravely shaken, W.R. “Witt” Stephens takes a chance on the future of America.

Witt Stephens establishes the firm to trade Arkansas Highway bonds, then selling for as low as pennies on the dollar. By the time the bonds paid off at par in the early ‘40s, Stephens has gained a reputation for both municipal bond expertise and for providing sound financial counseling.

As America begins to focus on post-war production, Stephens invests in — and contributes to — a new era of expansion and prosperity.

Jackson T. “Jack” Stephens joins his brother upon his graduation from the U.S. Naval Academy. Together they form Stephens Inc. on a handshake partnership that lasts over 45 years. That philosophy of partnership continues to guide the way Stephens does business today.

Investing in the Future

During the 1960s, the postwar boom begins to slow and doubts begin to grow about the future of the economy. Nevertheless, Stephens remains resolute. The firm begins trading corporate securities and investing in businesses that would become the firm’s private equity strategy.

Jack becomes President of Stephens Inc. Witt leaves the firm to become President and Chairman of Arkansas Louisiana Gas Company, where he stays until 1973. 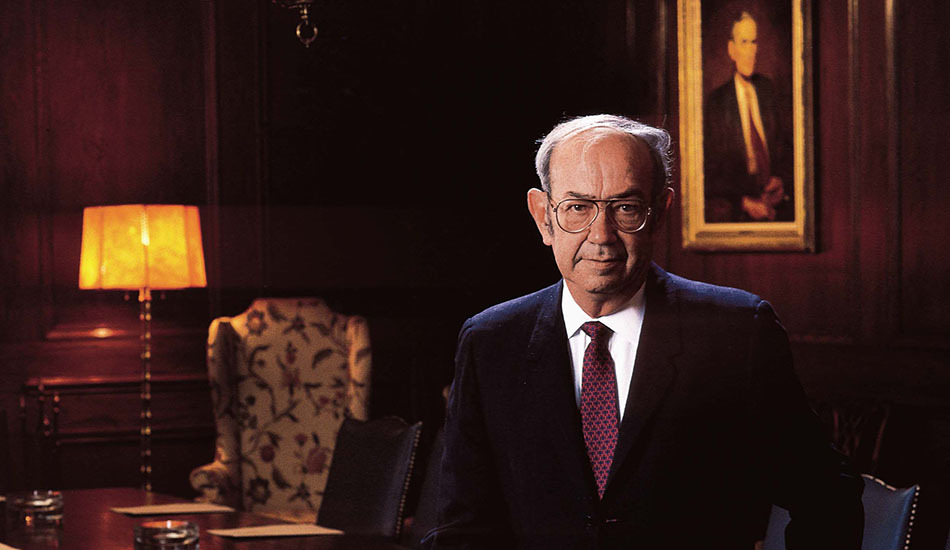 Anticipating the coming revolution in bank data processing, Jack Stephens deploys excess computing capacity at Union Life, which was owned by the Stephens family. With $400,000 in start-up capital, Stephens created Systematics, which would become a leader in the bank data processing industry. This relationship continued over 40 years, with Systematics eventually acquired by Alltel, and later acquired by Fidelity National Information Systems.

Growing with Our Clients

With the dawn of the 1970s, Stephens expands its investment banking capabilities. Raising capital for companies in Arkansas and beyond, Stephens expands during a tough economic environment by focusing on enduring relationships.

Stephens takes a small Arkansas-based discount retailer public. Not only does the capital help fund Walmart’s growth, it is part of a long and constructive partnership between Sam Walton and Jack — the kind of partnership Stephens continues to build with clients today. 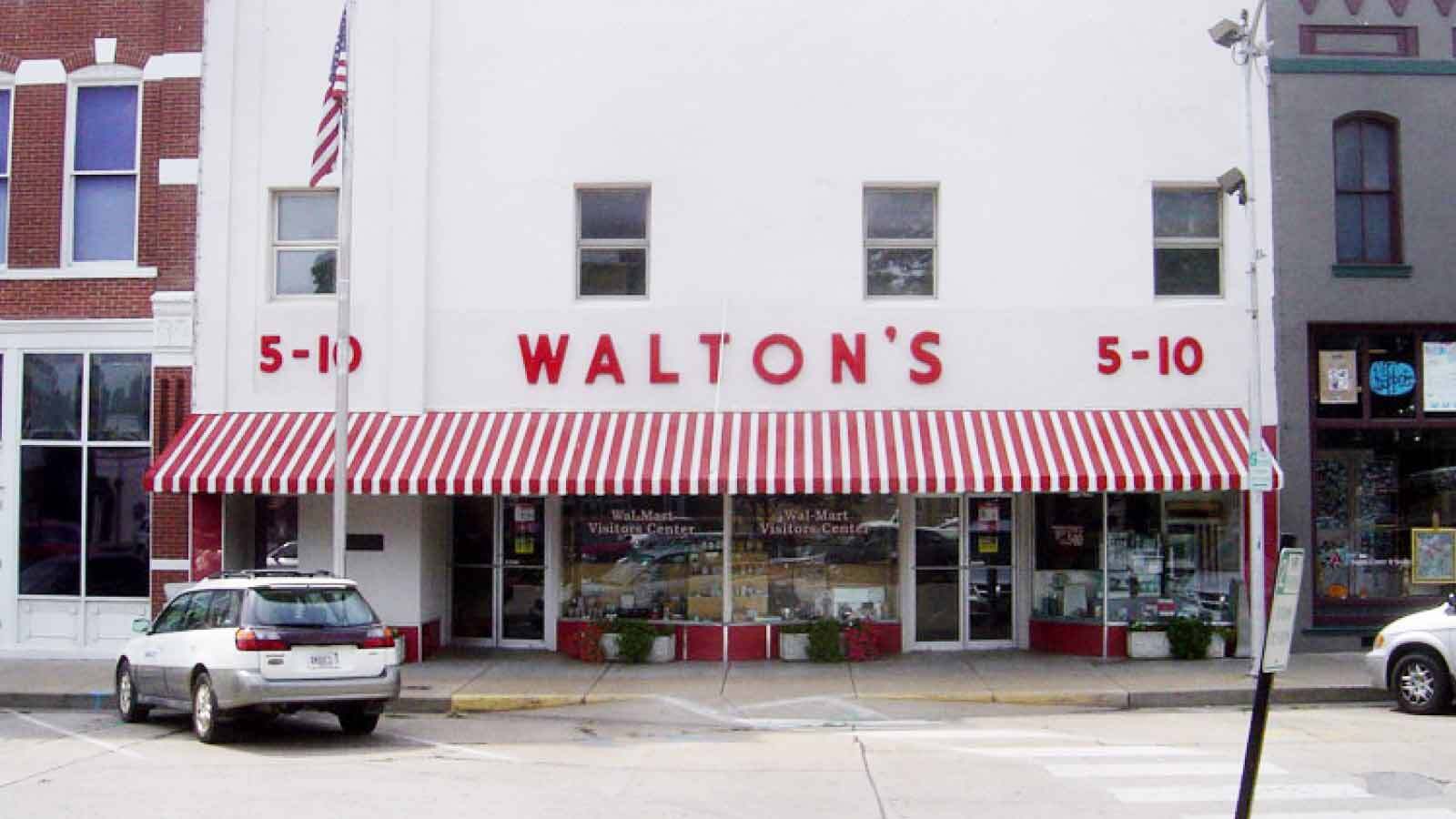 Together with the First National Bank of Commerce, Stephens underwrites $113 million in municipal bonds to help build the Louisiana Superdome. At the time, this is the largest single municipal bond issue in the history of the Southern states.

The Stephens family invests in Worthen Banking Corporation. In April 1985, the bankruptcy of Bevill, Bresler & Schulman wipes out Worthen’s capital. Led by Jack Stephens, the shareholders provide the funds necessary to recapitalize the bank and keep it solvent.

The 1980s usher in a new era of innovation, setting the stage for the technology boom of the 1990s. Warren Stephens leads the firm into an era of strategic growth and expansion, establishing Stephens as a truly national, independent financial services firm.

Warren A. Stephens is named Chief Executive Officer of Stephens Inc., carrying on the tradition of family values and leadership begun by his father, Jack, and his uncle, Witt. 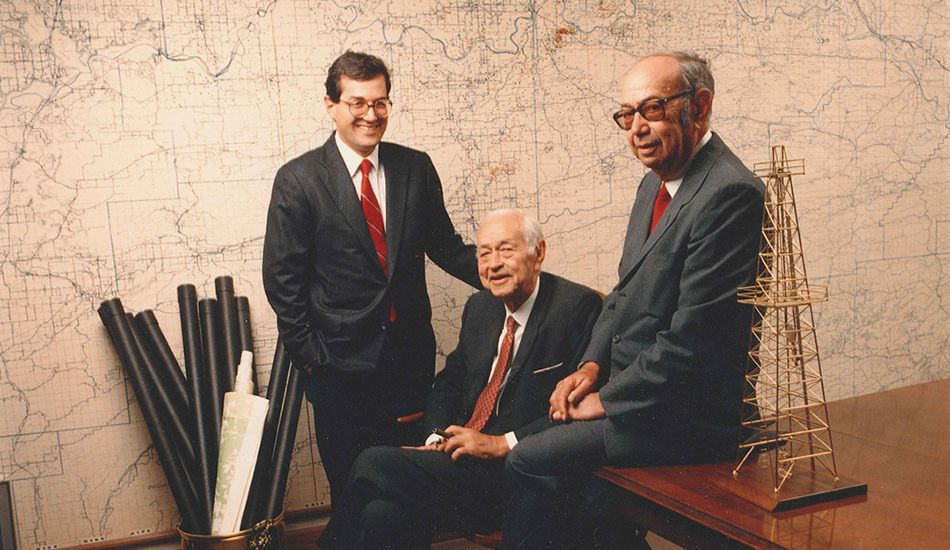 The Private Client Group is established to serve the wealth management needs of high net worth families, and the first Stephens branch office is opened in Conway, AR.

A global economic crisis, triggered by the meltdown of the housing market, severely impacts financial markets and poses a grave threat to all financial institutions. Having avoided the over-leveraging that brought down other investment firms, Stephens remains sound and continues to grow.

Warren Stephens addresses the impact of the financial crisis in a memo to all Stephens employees. Click to read memo.

Stephens launches a new brand captured in a new tagline: Capitalize on Independence.

The second decade of the new millennium brings great opportunities to expand the business lines, client base and audience of the firm. Stephens moves forward in a fast-evolving world, while providing the same excellence of service that has made the firm successful for nearly 90 years.

Investment Banking embarks upon an era of rapid growth. This begins in 2013 with the opening of the San Francisco office for the Technology team. In 2014, the multisector London office was added. In 2015, both the multisector Frankfurt office was added and a substantial expansion of the Financial Institutions team occurred. In 2017, the Family Offices team was launched. And in 2018, a substantial expansion of the Restructuring team occurred.

Stephens launches its ongoing digital marketing campaign. In addition to premiering a series of online commercials about the firm and its clients, this includes joining the major social media platforms.

Stephens Media, LLC (formerly Stephens Media Group), is sold to New Media Investment Group Inc. At the time of sale, the print and online publications have a combined average daily circulation of approximately 221,000, serving communities throughout the United States.

Stephens launches the “This Is Capitalism” campaign of branded content. This award-winning multimedia platform illustrates the contributions of the free market system through videos, podcast interviews and articles.

Miles Stephens becomes President and CEO of Stephens Insurance. His appointment builds on accelerating momentum at the business line in the preceding years. This includes major additions to its Property & Casualty and Employee Benefits teams, as well as office expansions in multiple states. 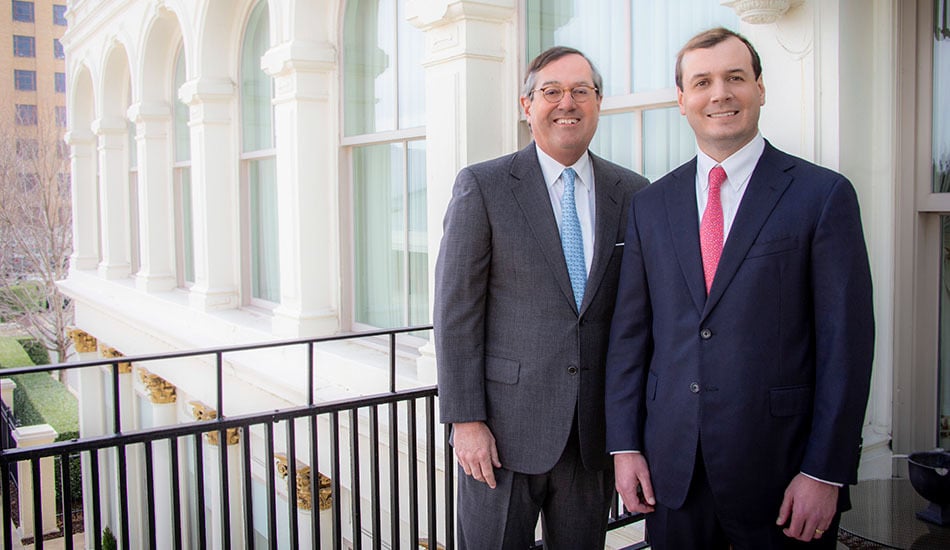 Warren Stephens addresses the impact of the COVID-19 pandemic to all clients. The firm adapts working conditions globally in line with health and safety and cybersecurity best practices, while maintaining seamless continuity of business operations.

The Private Client Group enhances its offering with the launch of the Wealth Planning & Strategy Group, to address complex asset allocation strategies, business sales and other advanced solutions.
The formal launch of INVESTED | Advancing the Success of Women, Stephens’ women’s initiative. INVESTED’s mission is to empower Stephens employees to recognize and encourage the contribution of women to the continued success and growth of the Company. The initiative is designed around professional development, information sharing, networking, and mutual support for internal and external audiences.

The inaugural Jackson T. Stephens Cup, an annual collegiate golf tournament named in memory of the firm’s late President and CEO, is held at the Alotian Club in Roland, AR. Warren Stephens serves as Tournament Chairman. Players from 12 teams compete in the event, which is broadcast live on the Golf Channel over three days. 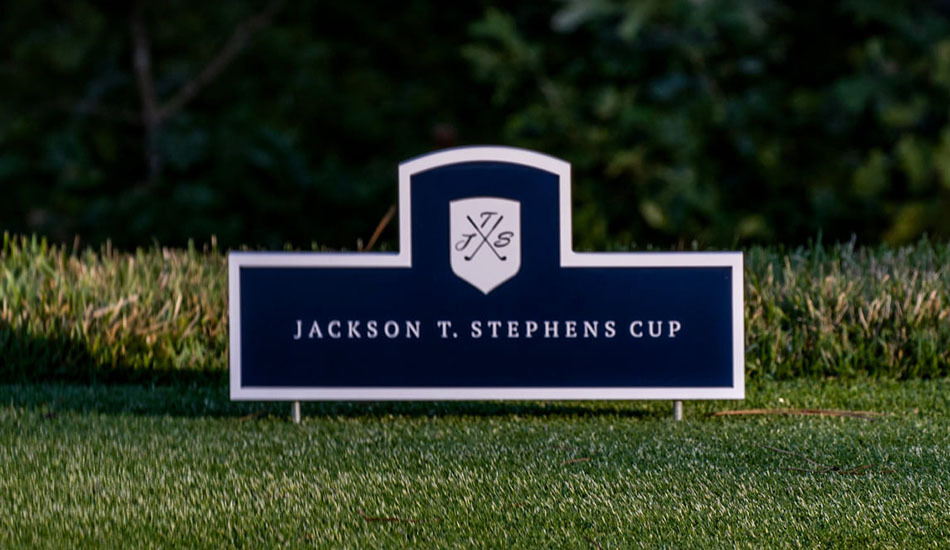 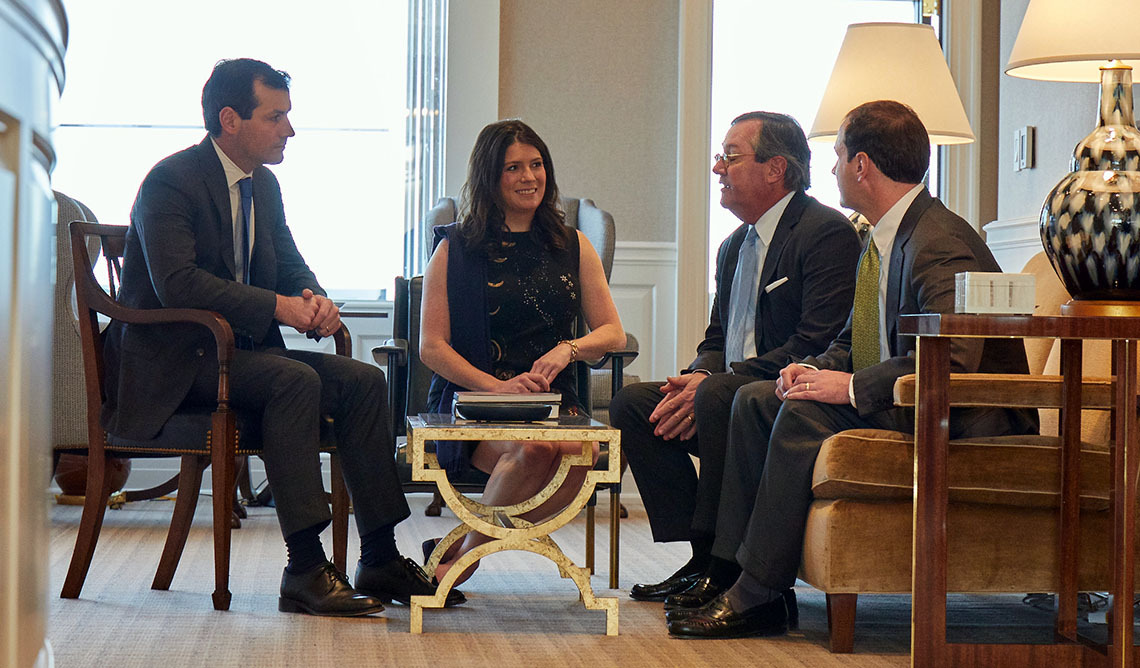 We have been a family-owned business since 1933. Chairman, President, and CEO Warren A. Stephens has led the firm for over 35 years. Alongside Mr. Stephens, this ownership structure continues with his children, the third generation of family shareholders to work at the firm. All are deeply involved in the business with their eyes on the future.

The Stephens journey as both a family and a firm exemplifies the power of the free enterprise system.

After 30 remarkable years, Warren Stephens' independent spirit and wisdom continue to inspire all of us. 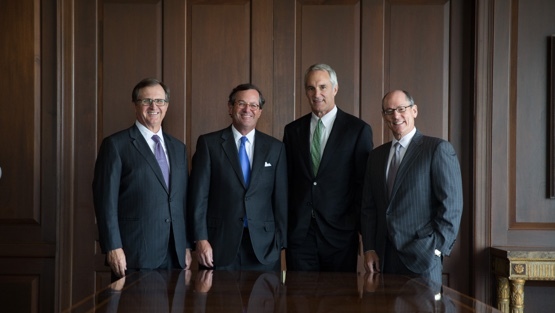 Our reputation as a leading independent financial services firm is built on the stability of our longstanding and highly experienced senior executives. 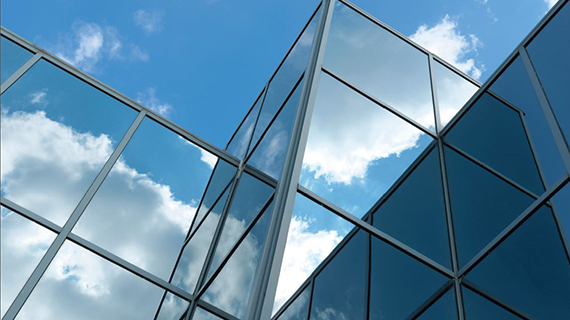 From Little Rock to London

Warren A. Stephens has grown the firm from a single office in Little Rock, Arkansas to locations in strategic markets across the U.S. and Europe.

We are always looking for qualified individuals who are ready to make a positive impact on our firm and our clients.