Navigating the PE Landscape Amid the Pandemic

Holt Foster, a Partner at Thompson & Knight LLP in Dallas, served as co-host for the webinar with Mr. Behrens. They spoke with three expert panelists: Jason
Downie, Co-Founder and Managing Partner at Tailwater Capital; Kyle M. Kafka, Partner at EnCap Investments L.P.; and Billy Quinn, Founder and Managing
Partner at Pearl Energy Investments. The panel discussed the pandemic’s impact on PE firms active in energy markets, the appetite for acquisitions and divestitures, transition trends regarding evolution of energy sources, how political forces may impact investment strategies, and the outlook for a recovery in energy markets. Here are highlights from the webinar.

Although COVID-19 alone has not triggered a material change over the last year among private equity firms investing in energy markets and building companies in the sector, the pandemic response has accelerated major issues that have been developing for several years. In some respects, the 2014-2016 steep fall in crude oil prices was the correction that precipitated the ongoing evolution of the PE energy business model.

West Texas Intermediate (WTI) plummeted from almost $108 per barrel in 2014 and continued falling to just above $26 in 2016. Before 2014, the model mainly consisted of heavy leasing to assemble large acreage blocks, drilling a small number of wells, and flipping the acreage to larger, more established companies willing to pay for upside. This transpired as the highly supportive equity market also encouraged public companies to raise capital for growth by acquisition — bolting on acreage and assets. Since 2016, the business model often has required PE firms to hold and operate the property for longer periods of time, as the public equity markets have been less supportive of both the growth by acquisition strategy and funding acreage acquisitions with minimal cash flow.

That dynamic has shifted yet again, with the pandemic severely limiting energy demand, both domestically and internationally, related to travel and commercial real estate. At its worst, WTI plunged to -$36.98 on April 20 as oil firms started renting tankers to hold excess supply. Even with a rebound into positive territory around $40 per barrel, the U.S. rig count still languished under 270 in early October.

Properly hedged and leveraged PE firms operating in the upstream oil and gas market have been able to withstand this year’s downturn, despite revenue falls of 20% to 25% and cash flow dropping 30% to 50% for some businesses. However, conditions will become more challenging if prices remain low for a prolonged time period. That would compound pressures such as the rise of ESG concerns and renewable energy. Therefore, the priority for PE firms must be generating sufficient cash flow from their existing investments to provide rates of return that will satisfy their investors.

Pandemic volatility and low oil prices have contributed to a slowdown in A&D deals, as potential buyers and sellers struggle to reach price agreement. Buyers are reluctant to pay what they perceive as high prices for development upside in assets during a period of weak energy demand. Owners, meanwhile, are reluctant to sell for current cash flows in what they perceive as valuable assets that will be developed during better macroeconomic conditions.

Bridging the gap between bid-ask spreads could call for implementing more creative financing structures. This might entail building in an earnout related to oil price thresholds, or utilizing preferred equity structures instead of only common equity, or selling an override and layering in additional capital that is both senior to certain parts of the capital stack and junior to other parts. This may allow buyers and sellers to creatively reach a deal without agreeing on the exact value of the asset at any moment.

Aside from demand, oil prices and rig counts climbing substantially, another catalyst for an A&D rebound would be lenders becoming more realistic with their expectations. PE firms involved with restructurings this year have faced competition from banks and other lenders as assets turn over. In many cases, fulcrum security creditors — whether through a senior, second lien, or junior debt inflection point in the capital structure — have attempted to retain assets by replacing management and cutting costs, in hopes that commodity prices will recover. PE firms have seen this occur during many bankruptcy auctions, and they believe that this is stifling competition.

Environmental, social, and corporate governance businesses (ESG) and renewable energy sources have been gaining traction over the past few years among a growing portion of consumers, investors and elected officials. This has occurred alongside the mass production of electric-powered automobiles, solar panels, and other alternatives to fossil fuels. As a result, private equity firms have begun to address how a wide scale energy transition may affect their business models.

While still in very early stages, more PE firms are now willing to invest in an assortment of both renewable and alternative energy-related companies. Some PE firms have yet to see sufficient returns in that asset class that merit investment based on the current stage of the industry and the demands of the PE firm’s limited partners. If the demand slowdown leads to deep enough impairments at otherwise strategically strong renewables businesses, buying opportunities could arise.

Despite the coronavirus-induced market downturn, energy demand will benefit from continued global population growth and more people around the world exiting poverty. This will lead to greater energy consumption and usage of many different energy sources, with hydrocarbons playing a major role for many years to come.

Dramatic transitions to the U.S. power grid over the last decade, away from coal and to natural gas as the primary base fuel, are only the beginning. Renewables such as wind and solar generation on the U.S. power grid will increase, along with electric battery storage to help supplement and level out power demands, as it becomes ever more cost effective to scale production. Acceleration of renewable energy in the U.S. also stems from the surge in state-level mandates pushing that transition. Longer-term, this may present new investment opportunities for PE firms.

This year’s U.S. elections will determine which political party will control the White House, and potentially the Senate, in 2021. National energy policy would remain steady if voters re-elect Donald Trump as president and Republicans keep their majority in the Senate. Conversely, if former Vice President Joe Biden wins the presidency and Democrats take the Senate, availability of permits and leasing federal acreage for oil and gas development might become more challenging.

That creates company-specific opportunities and challenges. For example, a firm that does not own or lease federal lands might see its assets gain in value. On the other hand, firms that have significant acreage and operations on federal lands may find it increasingly more difficult to drill and produce oil or gas if Biden wins the election.

Biden has not said he would ban fracking, and some Democrat-controlled states rely heavily on ad valorem taxes from oil and gas properties. Banning fracking or limiting development on federal or urban acreage may be politically damaging during a recession, since it could impede economic activity. It also may be infeasible, if Biden becomes president but Republicans retain a Senate majority. Of course, drillers would have little incentive to operate anyway without a recovery in energy prices, and the economy may rebound early enough within a Biden presidency for significant federal acreage limitations to take hold.

Under that scenario, calls would likely increase from the vocal contingent of Democrat lawmakers for the Green New Deal, which supports ramping up renewable energy production at the expense of fossil fuels. This combination of events might help lift oil above $55. Democrat administrations tend to be bullish for commodity prices. Given this, PE firms are exercising some caution when underwriting certain investments before the election.

Calculating when and how energy markets will recover to sufficient levels for PE firms requires making vast assumptions about future coronavirus cases, travel dynamics, commercial real estate usage, and geopolitics. The conservative view is that full recovery would take 24 months, with an optimistic view targeting the first quarter of 2022. The U.S. Energy Information Administration (EIA) recently estimated 2020 global consumption of petroleum and other liquid fuels at 92.84 million b/d and forecasts 2021 consumption at 99.09 million b/d, much closer to the 2019 figure of 101.46 million b/d.

During the last 100 years, annual growth in crude demand has averaged about 1.2% to 1.4%. But if pandemic-related behavioral changes permanently reduce global air travel and in-office work, that would in turn permanently lower oil consumption. For example, a 15% drop in air travel and a 35% drop in office work would remove approximately 4.1 million b/d in oil consumption.

Early signs of demand recovery data in China may be a potential analogue for resilience in U.S. energy markets. The EIA estimated China’s September oil consumption at 14.75 million b/d, up from a March low of 12.89 million b/d. U.S. consumption hit a low of 14.69 million b/d in April, rose to 18.58 million b/d in August, and then fell somewhat to 17.95 million b/d in September. It is worth acknowledging that Chinese figures may be unreliable, and that the new normal for U.S. firms may consist of moderate growth and free cash flow conversion as opposed to the aggressive growth of the pre-2014 period.

Whether or not a vaccine emerges for COVID-19, and enough people take it, will be highly influential in the oil demand recovery, as well. Separate from a vaccine, the discovery of more effective treatments for coronavirus patients, or even a cure for the disease, would have at least as powerful an impact on global economic recovery. Longer-term, if low rig counts persist for another 24 to 48 months, falling production and depleting supply may trigger a spike in oil prices. Barring additional unforeseen shocks, by that time, many people will be eager to resume their normal pre-pandemic activities.

From a certain perspective, the current environment already has seen an impressive rebound in energy markets. In September, global oil consumption was over 90 million b/d, far off April’s low point of approximately 79 million b/d, when OPEC and leading oil-producing allies announced cuts of 9.7 million b/d for May and June.

Going forward, PE firms must pay close attention to the potential for changes in OPEC+ production levels, a second wave of mass COVID-19 infections, and new healthcare measures further altering consumption patterns. Until then, however, U.S. production is likely to stay in decline, which will have worldwide ramifications as long as the country continues to account for the majority of growth in global oil production. 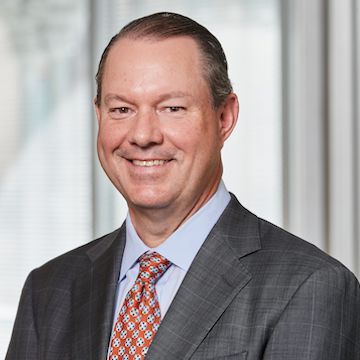