Oil Field Services and Energy | The Industry at a Turning Point

The panel discussed market volatility and access to capital, innovations required for success in a lower-for-longer price environment, the growing impact of ESG and renewables, as well as the outlook for the oil field services industry. Here are highlights from the webinar.

It appears that the coronavirus pandemic has prompted institutional capital to halt additional energy sector investment during an unprecedented dislocation in the capital markets for the oil field services industry. This dislocation goes across nearly all sectors, forms of capital, and company types. This dislocation even has affected working capital facilities and more traditional asset-based lending lines, and it is migrating into the terminal market and the high-yield market.

The exodus of commercial banks, which play an integral role for large industrial companies, has contributed to the overhang of working capital facilities and terminal markets. In equity markets, IPOs are shut for many oil field services, with operators and investors wondering both if and how that market will ever fully recover. Insufficient levels of debt and equity capital, particularly for U.S. onshore sites, is limiting the ability to acquire new equipment and replace worn out field equipment, as well as to fund organic growth strategic initiatives. A related challenge is how companies will replenish and restructure debt despite already high leverage.

In an acceleration of a trend that started a few years ago, alternative credit investors and in particular business development companies (BDCs) are rapidly exiting the OFS industry. It is unlikely alternative credit investors, which fueled rapid growth in oil field services between 2011 and 2015, will soon return in meaningful numbers. Oil field service-focused private equity funds, meanwhile, are exerting great caution as they support existing investments and are highly selective about new investments, which have been small. Although the OFS dislocation appears to have bottomed out, non-energy-focused PE funds have yet to resume making OFS investments, which would be expected during a recovery.

Investment firms committed to the oil and gas space are still seeking opportunities — upstream midstream, and downstream — albeit with much more stringent criteria than before COVID-19 struck. They are applying enhanced credit underwriting standards to drilling, production and completion rates for onshore and offshore assets. Now more than ever, defensible businesses with high-quality assets, such as strong management teams and access to multiple basins, will garner the most demand.

Over the past four months, as absolute valuation methods have proved unworkable amid the severe drop in demand, relative valuation methods have begun to gain traction by comparing different opportunities based on their revenue, assets, and technology. Going forward companies will have to demonstrate sufficient returns on capital and free cash flow generation, with a greater emphasis on long-term stability as opposed to only short-term growth.

While public-landscape OFS firms must achieve much higher market capitalizations in order to become relevant to a large domestic institutional investor base, there also is a growing subset of very well capitalized international sovereign-backed buyers that currently see a generational opportunity to buy North American technology at rock-bottom prices.

As devastating as the price and demand shocks of 2020 have been for oil field services, with West Texas Intermediate (WTI) plummeting to -$36.98 per barrel on April 20, in some respects 2014 to 2016 was more intense as WTI fell from almost $108 to just above $26. Even so, the OFS industry is undergoing significant structural changes that will prove painful to many firms, and will remove players that relied on previous periods of abundant capital to compensate for undisciplined behavior.

In the absence of an immediate driver toward sustaining crude oil above $50 per barrel, the lower-for-longer price environment requires firms to withstand the ongoing demand destruction and maximize operations. Stronger and more efficient companies making the necessary improvements will be best positioned to succeed in a smaller market with fewer overall opportunities. This calls for determining the best innovations out of a wide range of possibilities.

Many firms probably will implement some form of automation and remote monitoring technology, to minimize labor costs and safety risks. However, staying competitive may lead firms to add round-the-clock onsite crew availability. Most OFS companies will look for ways to reduce the total cost of the value chain for delivering their products and services. This could involve purchasing longer lasting materials and new equipment with incremental mechanical upgrades. There also is more willingness to experiment with business models that incorporate incentives for project performance.

Consolidation will be the key to success for some of these firms. Although greater OFS consolidation has long been discussed as a possibility, compared with 2014 to 2016 there does seem to be more agreement now that too many firms are operating subscale. Indeed, big deals in the broader energy sector suggest that, during the next couple years, consolidation may become a major structural change in the OFS industry.

In October, Chevron completed its acquisition of Noble Energy, Conoco-Phillips announced plans to acquire Concho Resources, and Pioneer Natural Resources announced it would acquire Parsley Energy. In September, Devon Energy and WPX Energy announced merger plans. In the OFS industry, Liberty Oilfield Services agreed in August to acquire Schlumberger’s onshore hydraulic fracturing business. Yet any desire for consolidation must contend with the difficulties of making it happen effectively in oil field services.

Provided firms can overcome their debt-related challenges, they must negotiate mutually acceptable terms — which will require many sellers to accept more realistic valuations. Then the firms must execute according to plan and ultimately integrate operations in a manner that adds value. Since OFS consolidation does not involve physically merging fields, firms often must figure out how to improve multiple assets across multiple service lines, with managing multiple social issues.

Firms in the oil field services industry have by now largely accepted that the environmental, social, and corporate governance businesses movement (ESG) is more than a fad, and that it will gain further influence among both the general public and investors. Less clear is how each firm will interpret its ESG responsibilities.

Some OFS players liken the ESG movement to the increased calls for safety precautions that became common approximately a decade ago, other OFS players see ESG as a need to thoroughly overhaul their organizational culture, and still others are attempting to turn ESG into a branding opportunity to attract customers. In general, consensus is emerging that the firms embracing ESG will strive to become better custodians of the physical environment, a preferred employer for the OFS workforce, and good stewards of capital whose business case resonates with investors.

This already has begun to materialize in operating practices for oil field services firms that are changing their wireline units from diesel to electric or implementing an “eco line” that functions without grease injections, as well as for OFS firms that are working to reduce the footprint of equipment idling at well sites. Major OFS firms also have launched renewable energy initiatives this year.

The path to recovery for the oil field services industry depends heavily on the course of the pandemic. Until people and governments believe COVID-19 has been contained enough to resume widescale transportation — and especially global air travel, which relies on jet fuel — OFS will continue to face tremendous pressure. Even if an effective vaccine does emerge and gain acceptance within the next year, it remains uncertain which behavioral changes that have taken hold in 2020 are permanent.

For instance, millions of people might continue to perform remote work instead of returning to offices. Companies in multiple sectors have been able to maintain if not increase productivity as large proportions of their teams operate from home, in turn lowering the need for commercial real estate and its energy demands. The extent to which renewables will serve as transportation fuel also is unclear. Although electric-car maker Tesla achieved record sales in 3Q 2020, and five straight quarters of profitability, there is scant evidence that oil will cease to power all vehicles any time soon, if ever.

U.S. shale production, however, still may have to endure at lower levels. It is possible that, between December 2020 and December 2021, U.S. production could average 8.8 million b/d for the lower 48 states excluding the Gulf of Mexico. This would be below both the U.S. Energy Information Administration (EIA) 2020 estimate of 9.21 million b/d and the 2019 level of 9.89 million b/d.

Provided the pandemic becomes manageable within another year, and OPEC continues to cooperate with Russia on production cuts, global oil demand could begin to rise strongly. It would not be surprising for global consumption of petroleum and other liquid fuels to surpass 99 million b/d in 2021. This would be above the EIA 2020 estimate of 92.84 million b/d, but below the 2019 level of 101.46 million b/d. Under this scenario, oil prices might start 2021 at approximately $40 per barrel and end near $50, averaging $45 throughout.

Beyond 2021, possibly after the next five years, global oil demand may peak at approximately 103 million to 104 million b/d. Yet while it is reasonable to anticipate that prices eventually will surpass $60 per barrel again, breaking above $100 per barrel again may well be unattainable without an unforeseen paradigm shift to the positive. Of course, it is worth remembering that the coronavirus did in fact present an unforeseen shift to the negative in 2020. So perhaps anything is possible. 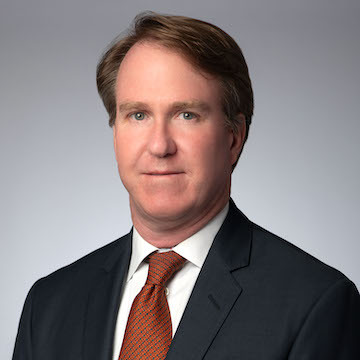