Financial sponsors continue to show significant interest in critical outsourced services supporting the U.S. healthcare system. In particular the healthcare linen management space has received considerable attention, given the dynamics surrounding the business model. Long-term contracts, focus on quality and reliability of service, and insulation from reimbursement risk provide favorable dynamics that have attracted private equity investment. As hospitals continue to consolidate, outsourced providers have been following suit in order to support their customers’ larger footprints.

The Physician Practice Management sector has also seen continued deal activity, as retiring doctors partner with sponsors and sponsor-backed platforms to transition the ownership of their practices instead of selling to the next generation of practitioners, many of whom appear less interested than their predecessors in owning and running the businesses.

New home-based technologies and the relatively cost effective nature of home health services may accelerate the pace of M&A transactions later in the year, and roll-ups of smaller hospice providers at attractive valuations could gain traction.

These factors are predominantly affecting U.S. companies, although healthcare services consolidation is occurring in Europe as well, despite their various national provider systems, along with highly selective cross-border PE deal flow.

Russia’s war in Ukraine disrupted supply chains and exacerbated pre-existing inflationary pressure, while the Federal Reserve’s plan to continue hiking U.S. interest rates is poised to increase borrowing costs throughout the year. Bank financing for leveraged buyouts dwindled in March, and quite a few sponsors have pursued private debt facilities instead of traditional syndicated loans.

Globally, technology sector deals remain attractive, for example in the Healthcare IT space, with sponsors eager to find high-growth-potential companies that are facing temporarily lower valuations. The energy sector also has come into focus for PE – both oil & gas companies and firms active in renewables – as the war has pushed up commodity prices, threatened their supply, and enhanced the appeal of viable alternatives to fossil fuels.

On both sides of the Atlantic, headwinds to PE fundraising, exits, and M&A may lead to limited partners receiving a much greater amount of capital requests from general partners than LPs can fund in the near-term. Some small- and middle-market PE firms might seek to meet their capital raising needs through co-investments and accessing retail channels. 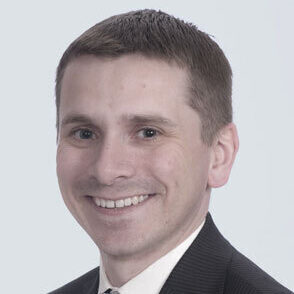