Rachel Mondl Mayo, who joined Stephens in February, 2021, succeeded David Knight as General Counsel upon David’s retirement last month. Rachel brings experience in both the private and public sectors to her new role, a background in classical music, and a strong appreciation for her newly adopted city of Little Rock.

Most recently, she held senior executive positions at the U.S. Department of Labor, including as Chief of Staff to then-Secretary Eugene Scalia, and as Deputy Solicitor, the second-ranking lawyer in the Department. Prior to her stint in the Department of Labor, she worked in the Washington, D.C. office of an international law firm, where she focused on representing major corporations, including firms in the financial industry. A summa cum laude graduate of Vanderbilt University, she received her J.D. with honors from Emory University School of Law. She clerked on the U.S. Court of Appeals for the Eleventh Circuit for Judge Frank Hull.

Here she shares some thoughts on her new role, how she came to the law, and what she looks forward to at Stephens.

Q: You started out as a music major. What changed your mind about pursuing a career in music?

A: I started playing violin at a young age and thought I would become a music teacher. For high school, I went to the University of North Carolina School of the Arts, a conservatory based in Winston-Salem.

I majored in music at Vanderbilt, but during my sophomore year, realized a musician’s life was not what I wanted. In between classes, I was teaching, playing in an orchestra two hours away from Nashville, and doing gig work for weddings. I decided to change direction.

I always liked to read and write, and my parents have always told me I’m argumentative – I prefer to think I have strong opinions – so I thought becoming a lawyer would be a good fit.

Q: Where did you grow up?

A: All over. My dad was in the Air Force, so I've spent a lot of time in different parts of the South, including Alabama, North Carolina, Georgia, and Tennessee. Little Rock is similar to many of those places, so it feels familiar to me.

Q: How did you end up in Little Rock?

A: My husband, Zach, who is also an attorney, is from here. We met in DC, but we both felt that Little Rock was a better place to raise a family.

Q: What drew you to public service?

A: Growing up in a military family, you learn at an early age the importance of serving our country and giving back in some way. I started out in the private sector, but I'd always wanted to be able to serve in the government, so when the opportunity presented itself a few years ago, I took it.

I was Deputy Solicitor at the U.S. Department of Labor Solicitor's Office. I oversaw a team of about 500 attorneys, who were based in DC and across the country, and I worked with the White House, Congress, and others on a range of policy and legal matters. When Eugene Scalia, my former boss at the law firm of Gibson Dunn became Secretary of Labor, I joined him as his Chief of Staff in October 2019.

My job changed significantly in 2020, with the onset of the COVID-19 pandemic. I went from managing ordinary policy and regulatory matters to working with Congress on ground-breaking new legislation that included paid family leave and a sprawling unemployment insurance program, which the Department then administered. The Bureau of Labor Statistics, which releases the monthly unemployment numbers and tracks other economic data, is also housed within the Labor Department. I and other senior employees met with the Bureau’s Commissioner frequently to discuss the economic data and how the administration might respond. It was a busy year, to put it mildly – very different than I thought it would be!

Q: What drew you back to the private sector?

A: I was looking to make a change near the end of the administration and already knew it would be someplace in Little Rock. I was thrilled when Stephens had an opening. The legal work was challenging and sophisticated, and I liked the warm, collegial culture of the Firm.

Q: What specifically excites you as you take on this very senior position?

A: I love the growth we’re seeing across many areas of our business. Challenges come with growth, as you have to make sure our business always remains compliant with a network of regulations. That keeps my job interesting. And of course, I’m excited to work with Warren Stephens and our executive leadership to continue making Stephens the terrific firm that it is.

Q: Do you have any reflections about being the first female General Counsel at the Firm?

A: When I first started interviewing for the job, I was quite pregnant and would soon be taking maternity leave. I think the only one who wondered if that would matter was me! None of the leadership at Stephens ever questioned whether the fact that I was about to have a baby meant I shouldn’t be considered for the job. This is a great example of the long-term view that is needed to help women succeed and stay in the financial industry as a whole.

Q: What issues are on the horizon as you undertake your new role?

A: The regulatory landscape is changing rapidly under the current SEC administration. I think a lot about how to help the business be compliant with these changes in the least burdensome manner, but oftentimes, there’s no way around significant cost and time expenditures.

I also am focused on continuing the Legal Department’s culture of helping, not hindering, our internal clients. As a lawyer, my goal is for people to see me as a resource who can help them achieve their goals. 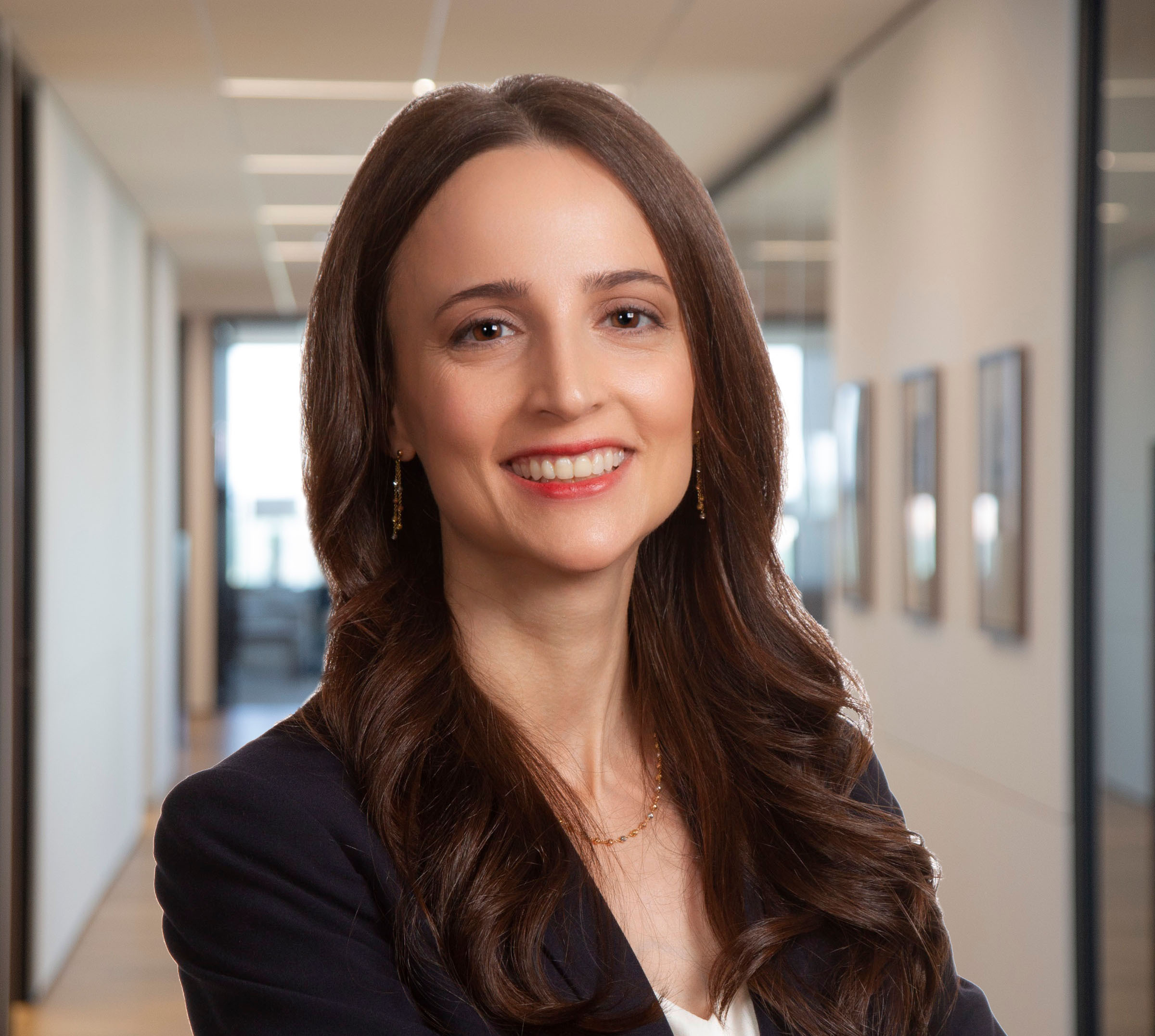