The State of Acquisitions and Divestitures in Upstream Oil & Gas

The webinar series explores challenges and opportunities affecting the energy sector. This entry focused on the state of acquisitions and divestitures (A&D) in the oil and gas market. They spoke with two expert panelists: Farley Dakan, President of Contango Oil & Gas Company, and Robert Anderson, Chief Executive Officer and President of Earthstone Energy, Inc.

The panel discussed the environment for upstream A&D transactions, deal competition and valuation, capital allocation strategies for 2021, as well as the availability and options for capital throughout the year. Here are highlights from the webinar.

Signs of a modest recovery in upstream A&D transactions emerged during the first quarter of 2021, helped in part by the distribution of COVID-19 vaccinations and the rise in West Texas Intermediate (WTI) crude oil prices. Between Jan. 4 and March 31, WTI prices rose by nearly 25%, and reached $66.08 per barrel on March 5, according to data from the Federal Reserve Bank of St. Louis. 1

Recent A&D deal activity stands in stark contrast to the landscape in March and April 2020, when the onset of the pandemic crippled energy markets. As a result, last year many restructurings occurred, bid-ask spreads widened so far that the appetite to complete A&D transactions all but came to a halt, and equity and debt capital markets experienced illiquidity.

This year has seen significantly more post-reorganization situations, regular A&D deals, and corporate divestitures coming to market, as the equity and debt capital markets have begun healing somewhat. Sellers are increasingly receptive to making deals, at both smaller companies and larger institutions seeking to offload non-core assets, which presents better opportunities for upstream A&D buyers in 2021 compared with the previous two years.

If oil and gas prices remain relatively stable or continue to rise gradually, A&D deal volumes and dollar values will be poised to increase from 2020 levels — provided that buyers and sellers can bridge their gaps to agree on asset valuations. One indication that bid-ask spreads are starting to converge has been greater competition among consolidators for A&D deals in 2021.

Consolidators attempting to mitigate that competition have adopted various strategies. A basin-agnostic approach to pursuing deals can expand the number of potential acquisition candidates. When purchasing from unnatural owners like banks and note holders, which seek to extract value from multiple assets, buyers that execute with speed and certainty may serve dual functions as both a counterparty and a solutions provider to sellers. Buyers also can find sellers willing to accept equity positions instead of 100 percent cash payments for deals.

To be sure, bid-ask spreads are still wide in certain deals, particularly those where buyers perceive they would merely be acquiring acreage instead of cash flow from upstream oil and gas assets. Such buyers may be hesitant if they already purchased undeveloped or non-producing assets several years ago, in much higher price environments.

In addition to volatility, another factor in wide bid-ask spreads has been a risk-based change in the valuation calculations of Proved Developed Producing (PDP) reserves. Whereas for many years companies used the PV10 annual rate for discounting the present value of estimated future oil and gas revenues, over the past year many PDP reserves have been valued at PV12 as a best case scenario with PV15 or higher becoming more common. A return to normalization for discount rates also would tighten bid-ask spreads.

Successful A&D transactions often require buyers and sellers to utilize investment banking teams that are capable of analyzing oil and gas assets, structuring acquisitions and divestitures to maximize their value proposition, and helping clients understand how the deals may impact their financial position. Due to the difficulty of timing the deal process to align with ideal market conditions, sellers can work with investment banks to prepare materials and documentation well before they are ready to seek buyers.

Buyers searching for new A&D deals this year appear to prefer value strategies and oil assets over non-producing and gas assets. Consolidators that typically conduct larger transactions and operate in several basins are targeting conventional, longer-lived PDP assets. Smaller companies operating in fewer locations may be more willing to acquire gas assets and drill non-producing wells with the potential for high inventory, especially in the western Texas basins, in order to achieve greater scale and expand their pool of long-term investors.

Oil and gas consolidators that aim to grow by investing their capital into “acquiring barrels” are struggling to forecast how much production and/or reserves that will add to their business in 2021. Meanwhile, they also have to achieve sufficient organic cash flow and pay down enough debt in order to be able to fund future acquisitions. Firms that began ramping up their production and reserve base heading into 2020 and then continued to acquire assets into the first quarter of 2021 have announced plans to increase net revenue interest (NRI), for instance through bolt-on deals involving working interest ownership.

Conversely, some firms that conducted acquisitions earlier this year are prioritizing capital allocation on drilling, improving EBITDAX, and then using cash flow to pay down debt. Anecdotal evidence indicates that companies spending $100 million on a rig program in the Midland Basin could expect to develop more than 20,000 barrels of oil equivalent per day (BOE/D) on average in 2021. Even so, unusually low drilling and completion (D&C) costs prevailing in the market, combined with higher than anticipated oil prices, could enable drilling more wells than normal. That occurred in 2015, when firms enjoyed exceptionally high returns for drilling cores.

Whether companies focus on their existing assets or look for appropriately priced consolidation opportunities, as they decide how to allocate capital, upstream oil and gas firms in the A&D space also will have to determine how to address environmental, social, and governance (ESG) concerns and renewable energy. There is widespread consensus in the energy sector that these forces are here to stay, but much less consensus on what that means for business.

On the ESG front, it is likely that companies of all sizes must improve their disclosures at some point, while better communicating to the public how firms fulfill safety obligations and avoid pollution, with smaller firms taking cues from larger entities. Renewable energy specialists, on the other hand, could grow into relevant competitors that attract a certain amount of investors away from firms that keep fully committed to upstream oil and gas.

New equity and debt capital have by no means been easy to obtain for oil and gas consolidators amid the pandemic. Nevertheless, EIA analysis released April 23 found that in March publicly traded upstream firms issued the most debt and equity since August 2020, apparently motivated by both higher oil prices and low interest rates.3

During the past several months, both new and pre-existing investors have been asking upstream oil and gas companies active in the A&D space when they will pay down their debt, how they will accelerate capital, and what they are doing with excess funds. This may require firms to explain why it is worthwhile to purchase a high-PDP reserve and perhaps even increase leverage to a manageable extent instead of lowering debt levels.

Investment banks working on behalf of a seller often interact indirectly with the buyer’s equity investors when taking assets to market. Trends emerging from these interactions over the last 12 months suggest that buyers and their equity investors have a preference for PDP-weighted deals with immediate cash flow and transactions that will help to deleverage companies. Equity investors also seem to have more appetite for natural-gas-weighted assets than in the last three to five years, possibly due to ESG concerns and perceptions that gas is a cleaner fuel than oil.

Debt providers such as reserve-based lending (RBL) facilities generally have maintained supportive syndicates for more stable A&D buyers. RBL sentiment has even lifted for smaller firms that last year considered utilizing term loans to fill the void. Nevertheless, post-pandemic forecasts for the RBL market indicate that fewer banks will participate in the years ahead.

In 2020 the sequencing of some transactions led upstream oil and gas companies to over-equitize in efforts to mitigate syndicate disagreements about the borrowing base, and consolidators have encountered hard ceilings on the amount of capital available to them in the RBL market. Many companies pursuing PDP-weighted deals face unenthusiastic RBL facilities, and then struggle or fail to persuade equity investors to close capital shortfalls for those transactions.

Despite their long-term bullish stances on hydrocarbons and consolidating assets, some companies have hedged more than 80 percent of their oil production in attempts to forecast cash flow and execute on baseline capital plans. This can call for resisting investor requests for greater exposure to commodities. On the positive side, as more sellers come to market out of opportunity instead of necessity, and as oil and gas prices regain stability, firms in the A&D space have reason for optimism about growing their investor base. 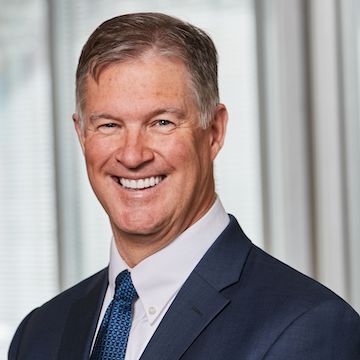 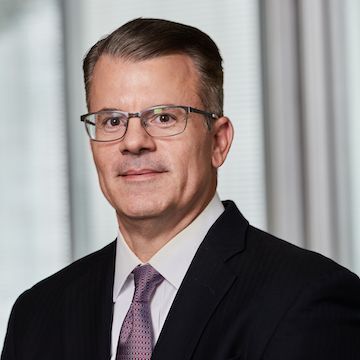