The Return to Suburbia...

Holiday 2021 shoppers plan to shop early, get creative, and continue to “collect moments instead of things” in response to this year’s supply chain crunch

After experiencing last year’s relatively tame holiday shopping season, Allison Silverstein did not play around this Black Friday. For the eight years leading up to 2020, Silverstein plotted her holiday shopping early. She often started her list around Halloween, keeping her finger on the pulse of specific Black Friday deals found in brick-and-mortar shops and stores. Last year, the mother of two prized safety around COVID-19 above all and pivoted to an online-only format, which did not give her the same satisfaction.

“I love buying people presents,” she says. “It’s one of my favorite things to do.”

So, this year, Silverstein was ready to take it on again in person, thanks to measures that have helped ease some COVID-19-related issues and to merchants responding in kind to create a safer experience in-store. But, unfortunately, she made up her list a little later than usual, and nicknamed it her “holiday panic list.”

Silverstein is hardly the sole shopper worrying now about how to make sure 2021 doesn’t lose its holiday magic. Indeed, some fear nothing less than magic will be needed to solve the nation’s current supply-chain woes. At the beginning of the pandemic, supply-chain problems made themselves known as shoppers made headlines for panic buying such items as toilet paper and hand sanitizer. Then, as months progressed, nearly every community felt the squeeze after stock ran out or needed back-ordering. Headlines have detailed the latest supply-chain struggles, accompanied by photos of container-laden ships waiting idly in ports. At the same time, shelves still are bare of certain items, ranging from pickles to canned cat food.

To help consumers better understand the phenomenon, the National Retail Federation (NRF) recently published a deep dive that detailed some of what got us here. According to the NRF, it’s a three-step situation that begins in manufacturing countries such as China and South Korea. As COVID-19 cases surged in places that the U.S. relies heavily on for exports of either materials or finished goods, work slowed or even shut down. As an increasing number of workers ended up out sick or shut-in, manufacturing slowed across the globe. In response, shipping companies forecast that demand would drop and cut their schedules.

However, “there was no drop in demand. Instead, demand skyrocketed; people responded to store closures not by spending less but by going online,” wrote the NRF. The result is that demand outbid supply in droves. Now, some merchants have taken matters into their own hands by chartering their own watercraft while competitors and shoppers figure out the best way to ensure the supply chain Grinch doesn’t steal holiday 2021.

Getting an Early Jump on It

While boats languish in harbors with products that have undetermined (or as-yet-unknown) freshness or sell-by dates, shoppers and merchants alike are getting proactive. Some merchants released their Black Friday advertisements, deals, and news segments before Halloween, a bold move considering that holiday-centric adverts are typically executed closer to Thanksgiving and Black Friday. Consumers’ mailboxes bore modern takes on nostalgic “look books” or “wish books,” which arrived in mid-October. “Ready, Set, Play” advised one company in a press release related to its early wish book release. Although these merchants didn’t state it outright, the message is unmistakable: look, wish, and buy now if you want to get in on this magic.

The sense of urgency isn’t overblown. In consultancy Deloitte’s most recent holiday survey, released in October, consumers who expressed wariness around the supply chain reported that they had altered or adjusted their behavior. Three-fourths of shoppers told Deloitte they had concerns about stock-outs. High-demand segments included electronics, accessories, toys, and hobbies, whose inventories concerned them most. Four in ten shoppers expressed plans to shop early this year, and 68% said they would shop before Thanksgiving, compared to 61% in 2020.

Stephens Transportation Analyst Jack Atkins commented, “Holiday supply chain woes are due in part to headwinds involving both carriers and retailers. The number of anchored ships contributing to port congestion is still near the all-time high. Meanwhile retailers have been making progress on filling job vacancies, thanks in part to the expiration of enhanced unemployment benefits in September. If hiring continues to accelerate, it should help ease supply chain constraints. But that progress has been uneven, with some major retailers expecting to be fully staffed this holiday season while other retailers anticipate no improvement until late 2022. The extent to which companies of all types will enforce COVID-19 vaccination mandates for its workers also is a big X-factor.”


Going Off the Beaten Path

Alternative outlets and non-traditional gift-giving appear to be getting their day in the sun this year as some shoppers plan to avoid the entire shopping and supply chain maze. For example, Naomi Ruth, an avid knitter, plans to give hand-knitted goods to her nearest and dearest alongside something very unexpected in a sometimes “buy, buy, buy” heavy environment: wood and rocks she’s collected over time. “I find personalized gifts mean a little more, but that’s just me,” she says.

Makers and crafters could expect a surge in demand. In July, the maker marketplace Etsy released its holiday trends forecast for 2021. The report, which gives insight based on customer searches, provided clear perspectives for the coming shopping season. Last year, items to enhance entertaining at home – inside and out – enjoyed one of the most significant boosts in consumer interest, with items like serving trays up 46% over 2019 and traditional housewarming gifts like serving trays up 52%.

Regardless of where consumers fall in the “to be a consumer or not to be a consumer” continuum this year, one concept that many have entertained involves the rise of “no stuff” gifting. When considering that some figures estimate that the average home has 300,000 items in it, the idea of paring down or not adding to the collection seems to make more sense. One way to gift others while avoiding “stuff” is to provide experiences instead. These gifts have grown in popularity, from items such as tickets to events to eating and drinking experiences.

In its most recent holiday travel survey findings released in early November, Deloitte found that 65% planned to dine in restaurants, 33% said they would visit a major attraction, and 33% would partake in adventure or outdoor activities this holiday season. Meanwhile, 29% said they would do a guided trip or sightseeing tour, 23% would line up for ticketed or public events, and 17% would do small group or one-to-one classes. Deloitte also reported that 53% of consumers planned to book guided day trips and classes as private experiences.

Travel also ranked high on the list for survey respondents who cited motivation factors such as rest and relaxation, reconnection with family and friends, and vaccines. Options that were not widely available last year because of COVID concerns have begun their triumphant comeback, with an estimated 58.9 percent of Americans now fully vaccinated. Deloitte found that 78% of travelers plan to spend as much or more than they spent on travel in 2019. Top traveler destinations this holiday season according to Deloitte included cities (42%), beaches (22%), and theme parks (9%).

As Silverstein and many others like her plan for this year’s holiday cheer, they can avoid the supply chain dilemma with a bit of creativity. With Broadway shows and the potential for kids to be fully vaccinated in the months ahead, he the possibilities are opening up in ways they hadn’t last year. Silverstein also isn’t afraid to shy away from plans B through Z if her initial plans unravel. Noting that the family went to Florida last year as part of their holiday adventure together, her nuclear plan for this year is a bit of a departure. “If all else fails,” she says, “[we] will just get the kids a dog.” 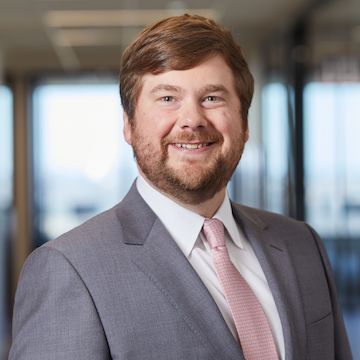 The Return to Suburbia...