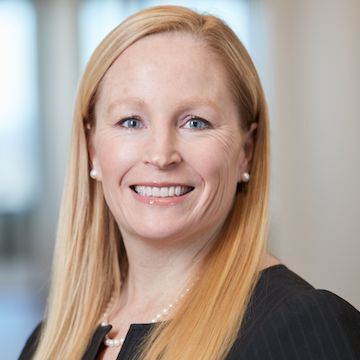 Courtney McLarty joined Stephens Insurance, LLC currently serves as Senior Vice President in the Claims Management Department in 2015. She earned a Bachelor of Arts degree in Classical Greek from the University of Georgia in 1994 and a Juris Doctor degree from the University of Arkansas at Fayetteville in 1997. Prior to joining Stephens Insurance, McLarty was engaged in private practice with the Little Rock firm of Wright, Lindsey and Jennings LLP with a focus on insurance defense, trucking and transportation defense, and insurance coverage dispute litigation.

McLarty is active in the community through organizations such as the Junior League of Little Rock (President 2009-2010), the 20th Century Club of Little Rock, and currently serves on the Board of the Pulaski County Bar Foundation. She graduated as a Fellow of the American Board of Trial Advocates Trial College held at Harvard Law School in 2014 and has been a member of the William R. Overton Inn of Court since 1999.