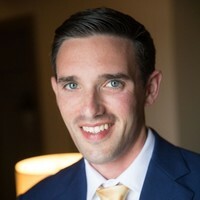 Mr. McCarty joined Stephens in 2022 as a member of the firm’s critical & digital infrastructure services practice. Prior to joining Stephens, Mr. McCarty was a Vice President at KPMG Corporate Finance where he focused on M&A and capital market transactions primarily in the test & measurement and flow control sectors. Before his investment banking career, Mr. McCarty served as a Captain in the United States Marine Corps and completed multiple deployments to Afghanistan and Africa during his seven years of service. Mr. McCarty holds a BBA from the University of Iowa and MBA from DePaul University.